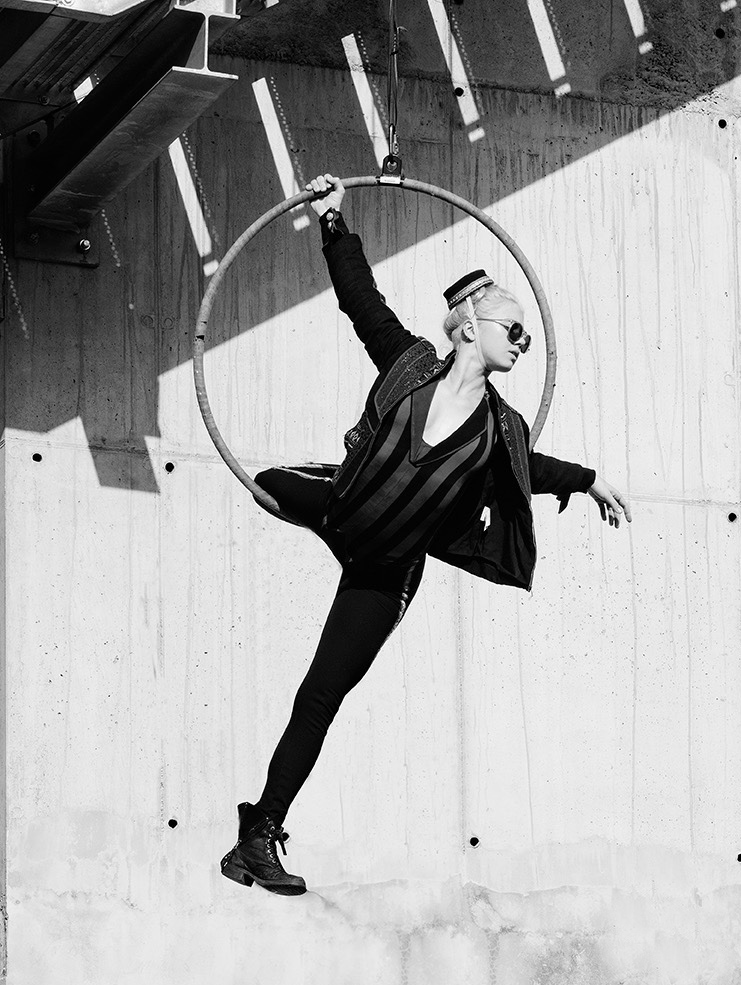 Coming from a family of artists, she graduated from the National Circus School of Montreal, where she specialized in aerial hoop and hula hoops.  After years of performing on the most prestigious stages (Cirque du Soleil, Broadway, Cirque de Demain, etc.) she designed and franchised the Aerial Hotel Cart, a unique circus apparatus that she then toured worldwide.

With a background in clown-mime and physical theatre, she is especially interested in the theatricality of circus and blending various genres together.  This led her to create original works and eventually to direct her own shows. As a director, she is interested in refining visual narrative and dramaturgy to produce evocative and poetic imagery that drives character development.

For more on Masha and her work you can view her CV here.